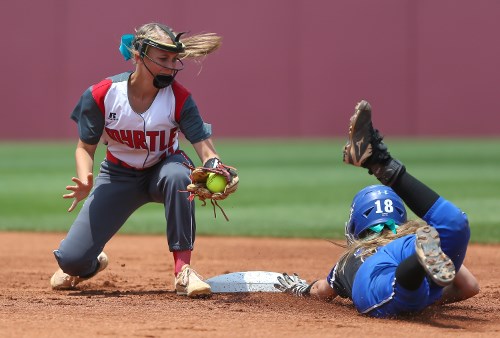 Equipment rules designed to reduce risk of injury, as well as a clarification that the media area must be located in dead-ball territory, are among the high school softball rules changes for the 2019 season.

The four rules changes recommended by the National Federation of State High School Associations (NFHS) Softball Rules Committee at its June 11-13 meeting in Indianapolis were subsequently approved by the NFHS Board of Directors.

With revisions in Rules 1-1-7, 2-22-4 and 5-1-1, the home team or game management may designate a media area in dead-ball territory if the facility dictates.

“Requiring the media area to be located in dead-ball territory minimizes risk and continues efforts to improve the safety of participants, officials, fans and other essential personnel,” said Sandy Searcy, NFHS director of sports and staff liaison for softball.”

In another risk minimization change, Rule 1-8-4 permits an eye shield to be worn attached to the face/head protection only if it is constructed of a molded, rigid material that is clear and permits 100 percent (no tint) allowable light transmission. This change aligns with other softball equipment rules that currently prohibit tinted eye shields.

Among other rules changes was a clarification to Rule 1-5-2a, which permits a softball bat to have an adjustable knob, provided the knob is permanently fastened by the manufacturer. Any devices, attachments or wrappings that cause the knob to become flush with the handle are also permitted.

The final change approved by the committee in Rule 6 stipulates that the penalty for an illegal pitch is limited to the batter being awarded a ball. Previously, the batter was awarded a ball and all base runners were also awarded one base without liability to be put out.

“The new language creates more balance between offense and defense,” Searcy said. “In NFHS softball rules, the illegal pitch is designed to deceive the batter and, therefore, only the batter should receive the award.”

According to the 2016-17 NFHS High School Athletics Participation Survey, there are 367,405 girls participating in fast-pitch softball at 15,440 schools. 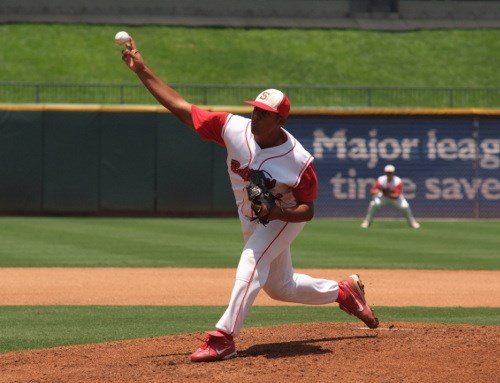